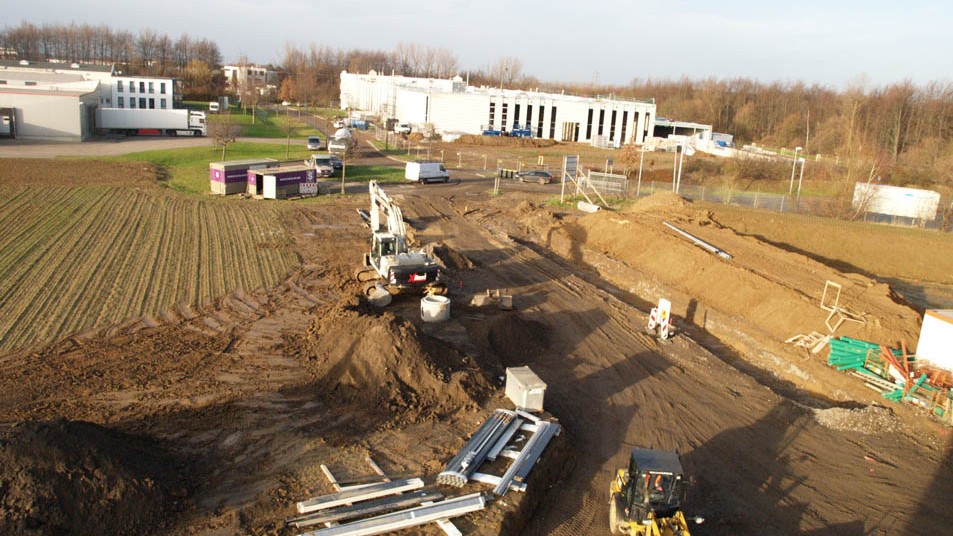 Winter vacation after 10 weeks of construction

The last 3 weeks before beginning of the holidays once again have been marked by time pressure on the construction site of WilTec Wildanger Technik GmbH, Ernst-Abbe-Str. 2 in Eschweiler.

However, all phases of construction have delivered more than just in time:

Not least, thanks to the very good coordination of our general contractor Valeres Industriebau GmbH, the concrete could flow on December, 17.

The Company Induplan GmbH, located in our neighbouring town Stolberg has started its works on concrete in the morning of December 17. The final one of the totally 48 concrete mixers has arrived at 7 o´clock p.m. and the last one of the employees of Induplan Industrieböden has left the site at 7 o´clock p.m. on Friday 18.

The floor made of a mirror-smooth concrete has been the last major step in hall 1 and is going to „rest“ now for a period of 28 days. Only then the supply and assembly of the shelving system is going to start, having a weight of 113 tons.

So, WilTec Wildanger Technik GmbH will be able to start the operation of the warehouse in early February, just 4 months after the construction project has been started.